"Refreshingly different, vivid and immediate. Midge Raymond has an extraordinary gift…She is clearly a writer in command of her craft." —M.L. Stedman, New York Times bestselling author of The Light Between Oceans 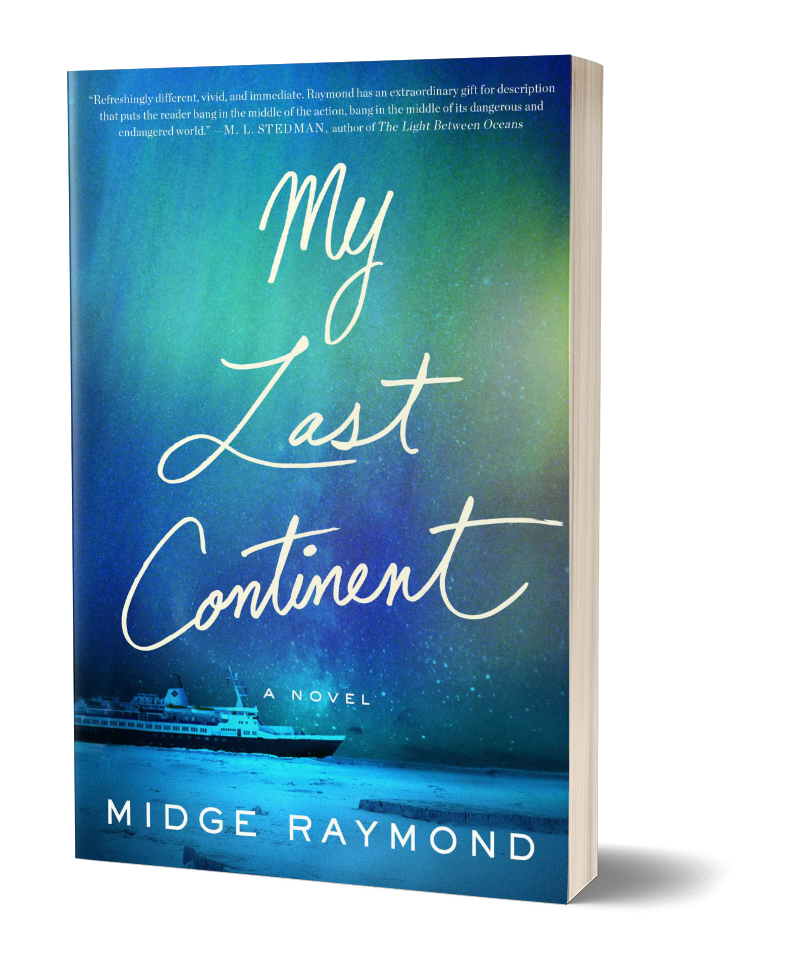 "[A] meditative romance…. Raymond has shown us a continent worth visiting."

"A delicate romance, a fragile habitat, and two people who literally have gone to the end of the earth to find each other form the heart of this intricately constructed tale set against the majestic backdrop of Antarctica's ice floes and pitted against the severity of its unforgiving environment...At once a high-stakes romance and a cautionary tale about the precariousness of this pristine polar world, Raymond's masterful debut contemplates the ecological and emotional dangers that lurk within and without uncharted waters."

“The desolate landscape of Antarctica provides an ideal backdrop to the ever-shifting relationship of Deb and Keller…Midge Raymond’s debut novel is a sensitive exploration of how even the smallest action can ripple through an ecosystem—seemingly impenetrable, but as fragile as the human heart.”

“Atmospheric and adventurous…the story and vivid writing will keep readers glued to the pages.”

“My Last Continent is a complicated love story and an education in the plight of penguins in Antarctica, showcasing the beauty and terror unique to one of the world’s most remote terrains…Raymond skillfully captures the stunning and singular landscape and its special inhabitants.”

“An atmospheric tale of love discovered, and losses endured, in Antarctica. … The unpredictability of the splendors and terrors of life at the southern pole creates a backdrop of foreboding entirely appropriate for the story's cinematic resolution [and] the authentic rendering of the setting distinguishes Raymond's novel from other stories of love in perilous times and places.”

“This is beautiful, lyrical, suspenseful literary fiction…Raymond lays the pieces of her story masterfully; her words are a precision instrument, taking the reader exactly where she wants them to go…a gripping and thought-provoking read.”

“Midge Raymond picks out the raw beauty of [Antarctica] and contrasts it with the raw and wild emotions of her characters—doing so to the extent that Antarctica becomes a character too…Moving and raw…The combination of the icy Antarctic and the warmth of human feeling make for compelling reading.”

“Raymond does an exceptional job playing with time, [creating] a beautiful narrative that's as harrowing and uncertain as both the shipwreck and Deb and Keller's relationship…Equal parts love story, ecological disaster, and thriller, My Last Continent is both atmospheric and accomplished.”

“While seamlessly weaving together themes of love, loss, conservation, and interdependence, amongst others, Ms. Raymond has managed to infuse the continent of Antartica with an indomitable warmth, despite its frigid temps and lack of human population. It is a timely and important book. One that graces its readers with a rare clarity and profound understanding of our shared role and responsibility in not only our own survival, but that of all species, and of the earth itself. With vivid, oftentimes breathtaking descriptions and a deep awareness of the complexities of relationships, be them human-human or human-animal, My Last Continent is an exquisite exploration of the interconnection of all living beings. It is a call to action and a reminder to love fiercely along the way.”

My Last Continent: A Novel

"[A] meditative romance…. Raymond has shown us a continent worth visiting."

An unforgettable debut with an irresistible love story, My Last Continent is a big-hearted, propulsive novel set against the dramatic Antarctic landscape

It is only at the end of the world—among the glacial mountains, cleaving icebergs, and frigid waters of Antarctica—where Deb Gardner and Keller Sullivan feel at home. For the few blissful weeks they spend each year studying the habits of emperor and Adélie penguins, Deb and Keller can escape the frustrations and sorrows of their separate lives and find solace in their work and in each other. But Antarctica, like their fleeting romance, is tenuous, imperiled by the world to the north.

A new travel and research season has just begun, and Deb and Keller are ready to play tour guide to the passengers on the small expedition ship that ferries them to their research destination. But this year, Keller fails to appear on board. Then, shortly into the journey, Deb’s ship receives an emergency signal from the Australis, a cruise liner that has hit desperate trouble in the ice-choked waters of the Southern Ocean. Soon Deb’s role will change from researcher to rescuer; among the crew of that sinking ship, Deb learns, is Keller.

As Deb and Keller’s troubled histories collide with this catastrophic present, Midge Raymond’s phenomenal novel takes us on a voyage deep into the wonders of the Antarctic and the mysteries of the human heart. My Last Continent is packed with emotional intelligence and high stakes—a harrowing, searching novel of love and loss in one of the most remote places on earth, a land of harsh beauty where even the smallest missteps have tragic consequences.

Hardcover edition published by Scribner in 2016 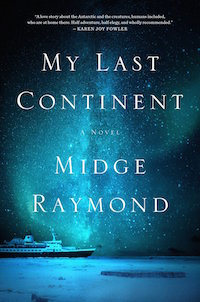 “[My Last Continent's] unique scenario is as refreshing as it is poignant...a completely absorbing and sobering tale [that] leaves you with a far greater appreciation of a searingly beautiful world, whose fate we are squandering so casually.”

“Midge Raymond's debut novel is a luminescent, double-layered love story: It's a love story about nature, in which a woman is drawn repeatedly to Antarctica and the vulnerable creatures who make their lives there. And it's a love story about two people who have found in the remote ice the perfect numbing refuge from their pain.”

“My Last Continent feels refreshingly different, vivid and immediate. Midge Raymond has an extraordinary gift for description that puts the reader bang in the middle of the action, bang in the middle of its dangerous and endangered world. Her clean, spare prose pulls us irresistibly into the story and the wider issues it raises. She is clearly a writer in command of her craft." —M.L. Stedman, New York Times bestselling author of The Light Between Oceans

“There is a romance about faraway, desperate places, about isolation, about ice and snow. Add penguins and you have Midge Raymond’s elegant My Last Continent, a love story about the Antarctic and the creatures, humans included, who are at home there. Half adventure, half elegy, and wholly recommended.”

“My Last Continent is an original and entirely authentic love story. It is a love triangle with Antarctica as the third party, literally and metaphorically. Midge Raymond takes us, physically and emotionally, into an unfamiliar world—a world that has much to teach us. She deftly interweaves a compelling drama with a gentle and subtle love story. It's a mature novel, one that recognizes that love is seldom simple or exclusive, and that the things that bring us together can also keep us apart."

“Raymond has created an appealing, breathing heroine … You turn the pages quickly, caught up in the not-of-this-world drama of it all: Despite the heat of the central duo’s connection, this is a world of ice, where warm hearts struggle to thrive. … Raymond shines in capturing a shivery sense of place, in taking us somewhere most of us will never go."

“[Raymond] has evoked the various landscapes of the continent and its offshore islands superbly. Deb’s determination to protect the environment and wildlife of Antarctica is compelling, while the various threats to its future are symbolised by the dramatic disaster that provides a gripping and exciting conclusion."

“Unexpected and unique, this is a beautiful debut novel…My Last Continent isn't just a love story, it is full of danger and suspense, it transports you to another world, and it encourages reflection and compassion. I was entirely captivated by My Last Continent and recommend this thought-provoking, eloquent novel."

“While the novel will appeal to many readers because of its majestic Antarctic setting, perhaps the most compelling part of My Last Continent is Raymond’s careful examination of the life of the female field researcher…Deb emerges as a complex and convincing protagonist who challenges stereotypes about gender and scientific labour…My Last Continent is a welcome addition to the growing catalogue of climate change fiction. It is a bold and informative investigation about the meaning and labour of love at the end of the world."

“This is a beautifully written, moving, and gripping debut novel.”